Read below to see the ways Alumni are making waves: 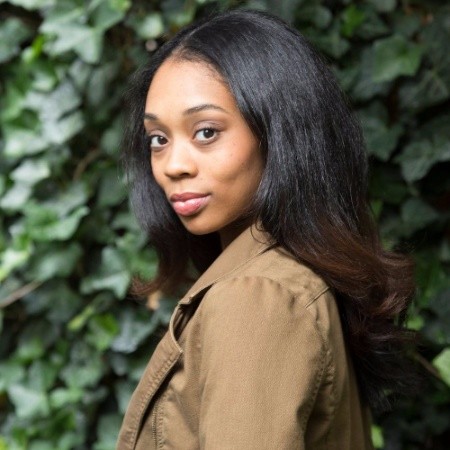 Not unlike Olivia Pope, Erin Winters gets it done (but without the double-crossing). The 23-year-old Detroit native and Emma Bowen alum got her first taste of journalism before even stepping foot on Howard University’s campus. The summer before her freshman year, she was granted a four-year fellowship through the Emma Bowen Foundation at Fox 2 News in Detroit, where she cut her teeth in writing, reporting and producing. Four years later, after graduating at the top of her journalism class, she set her sights on National Geographic, which had just launched its first-ever nationwide competition for a digital correspondent to complement its long-running Explorer series. More than 600 people applied for the chance to curate social conversation with National Geographic’s more than 250 million social media followers around topics discussed on the show. But only Winters came out on top. We caught up with Winters to talk about her adventures with cannabis cooking, street musicians, and what it means to be part of the Emma Bowen community.

Emma Bowen Foundation: You had already acquired a lot of skills before heading off to college. How did EBF prepare you for the real world?

Erin Winters: Emma Bowen prepared me for both of my positions by helping me understand what it means to network. One of my favorite parts of the program are the conferences. They allowed me to meet people in media and learn how to listen to them. They also helped me network and start building my own list of contacts. Not just networking with professionals but also networking with peers because a lot of them are doing amazing things. Being able to link up with people who are also the same age as me who are doing cool things was worthwhile. EBF brings cool people together with energy. It’s a very good synergy when you go through the conferences.

And I learned so much from my fellowship at Fox News. I was always ahead of my classmates. It felt good to know that I was getting prepared academically and in my real-world experiences. I credit Emma Bowen for my success in so many ways because it prepared me so much.

EBF: Tell us about your role at National Geographic.

EW: To help promote the TV show and to help reach a younger audience, my job was to pitch, write and produce stories on a digital platform. [National Geographic] wanted someone to come in and show what it’s like to be an everyday explorer who wants to know more about the world. So I did related segments about cannabis cooking, drag kings, surviving in the wilderness as a city girl—you know, a lot of different but cool stories that were geared toward the millennial audience.

They gave me a lot of freedom to pitch things that I liked. I was surprised at how much creative freedom I had, given it was such a huge platform. It was an empowering role.

EBF: In the clip about cannabis, where you interview an “herbal chef,” you say: “I’ve never been high! I don’t know how I’m going to feel!” How did this job take you out of your comfort zone?

EW: Competing for the job took me out of my comfort zone. To me that was the hardest part, but once I got there, I had a lot of support. It was a big position, so I guess it did in a way take me out of my comfort zone just because there was a lot of riding on this. I wasn’t used to that many eyeballs. It made me even more attentive to detail and my storytelling skills and more attentive to the things I’ve learned over the years. Putting your stories on an international platform makes you super sensitive to any mistakes.

EBF: Can you tell us about your favorite interview or most memorable experience?

I would have to say the street musician story that I had to do as part of the final round of applicants. When I made it into the top 3, they sent us to New York and gave us three days to produce a story, but they didn’t tell us what our story topic would be until we got there. We had to plan the story, find the subjects and edit it.

I went around talking to different street musicians and asked them about their life. What I learned is that its ok to stop and look—you don’t always have to give money. They appreciate you just listening to them. It’s not just homeless people doing this to make ends meet. Some of them are worldwide musicians who just want people to listen to them. It’s such a common thing that we see but nobody really stops to understand the world that they live in.

I like to take things we see often and tell the story through different perspectives. I think the musician story opened a lot of people’s eyes. People still ask me about it. When I get reaction like that, it makes it well worth it.

EBF: What advice do you have for other students working toward careers in journalism and media?

EW: Start your own thing. We don’t have to rely on the industry or some big corporation to give us the experience we want to have. When I was at Howard, I did a lot of my own reporting. I would say just get into contact with people. It’s so easy to reach people. If you have any kind of camera, you can tell your own stories. It doesn’t have to be in a formal way. Tell it how you want and be creative. A lot of these business are looking for something different and cool. Create your own experience and put that on your own resume.

I also want to say don’t be afraid to speak up. At National Geographic, it was tough at times. So don’t be afraid to speak up when you’re in the room, because you’re there for a reason. National Geographic just did an issue on race, and I asked if I could go to those meetings. I wanted to know what they were talking about. They did a story on HBCUs, and I went to an HBCU, but no one else in the room went to one. It gave me leverage to be a part of the conversation and make sure the story was being told in the right way.

If you feel that something isn’t right, even if you’re young, you have to know when to turn that on and say something.

Also, if you’re in the EBF family, keep in touch with them. You’re already in a huge network of cool people. Take advantage of that and check in from time to time. And always be genuine. A lot of this field is who you know.

What’s next for you?

EW: I’ve been applying to a lot of places, and I don’t really know what’s next. I’ve just been really working on my own stuff. I’m going to start doing storytelling for small black-owned business. I feel like a lot of them don’t know how to tell stories digitally. And a lot of small business and entrepreneurs have such great stories!

Ray Parker Jr in BET's The New Edition Story and of Director of "Star Wars Exile" nominated in the Disney Fan Film Awards . Noel is currently directing a short film called "The Millennial" to be released in 2018. You can find more information on the film HERE.

CBS Television Group National Account Executive, Michael Alvarez has been working on the west coast growing revenue through ad campaigns by linking clients with investment opportunities. Born and raised in the Bronx, Michael is now working on a short documentary about his journey in giving back to the community! To learn more about the film and to donate, please click HERE.

Associate Producer/Social Media Correspondent for “Access Hollywood” works tirelessly on the red carpet interviewing celebrities, producing multiple breaking stories per day for “Instant Access” and producing stories for Access Hollywood’s Weekend Radar. You can find more of her work on her website HERE and on AccessHollywood.com.